WASHINGTON – The Judicial Crisis Network is releasing its second Confirm Kavanaugh ad Monday July 16, 2018, a one-week ad to be aired on national cable as well as broadcast and digital in Alabama, Indiana, North Dakota, and West Virginia. This is the third ad that the Judicial Crisis Network has launched since Justice Kennedy announced his retirement, totaling $3.8 million in ad buys.

“Red state Democrats have a choice to make –  stand with Sen. Schumer and the far-left-wing resistance, or vote to confirm a highly-qualified mainstream judge who has a record of being fair, independent, and adhering to the Constitution. The choice is simple.” 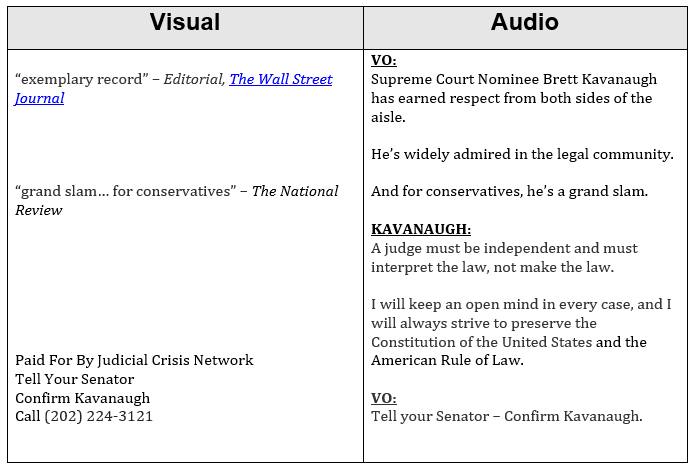