WASHINGTON, D.C. – The Judicial Crisis Network is unveiling two new ads today. One features Kathryn Cherry, a registered Democrat and former Kavanaugh clerk, which will air on MSNBC, and the other ad features J.D. Vance, author of Hillbilly Elegy and will be added into JCN’s existing TV and digital ad line-up.

These ads are being rotated into JCN’s current spending and are a part of JCN’s previously announced ad buys, which currently total $5.3 million since Justice Kennedy announced his retirement.

“These ads underscore the fact that those who know Judge Kavanaugh best know him to be a good man, a fair and independent judge with a long track record of basing his decisions on the law and the Constitution.  He will be another great justice on the Supreme Court.” 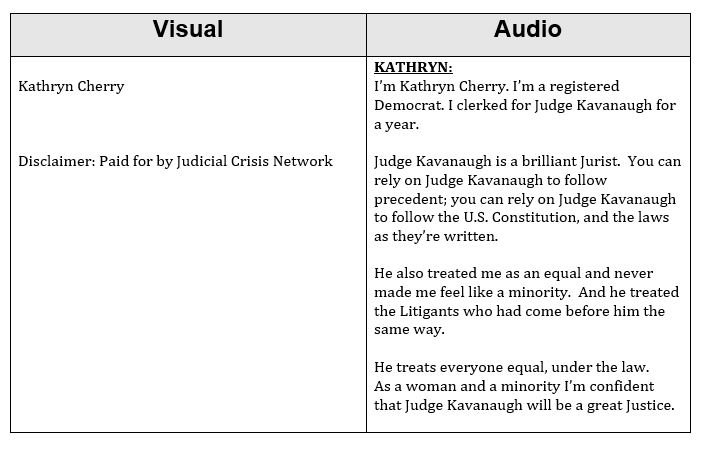 Since July 9, 2018, JCN has spent $4.3 million highlighting Judge Kavanaugh’s incredible record on the bench; $2.1 million of that total spend has been in IN, WV, ND, and AL.